When I was looking at buying an e-scooter in Canada around a month ago, I couldn’t find much information on where to buy from. There were a few websites like RideTheGlide that listed the e-scooter model I wanted (Zero 10) but didn’t have it in stock.

I decided to go ahead and order it from FalconPEV (a website in Singapore) and hoped the import taxes wouldn’t be too much. The scooter itself ended up costing me a little less $2k CAD with all the import taxes and everything factored in. You can definitely get it for less if you get a cheaper shipping option (I got 2 day international shipping which cost $350).

The import taxes were $126 CAD + $10 CAD for Fedex handling the import paperwork. When I did the math, it ended up being slightly cheaper than ordering it from Canadian online stores and I got it in 3 days as opposed to waiting weeks. 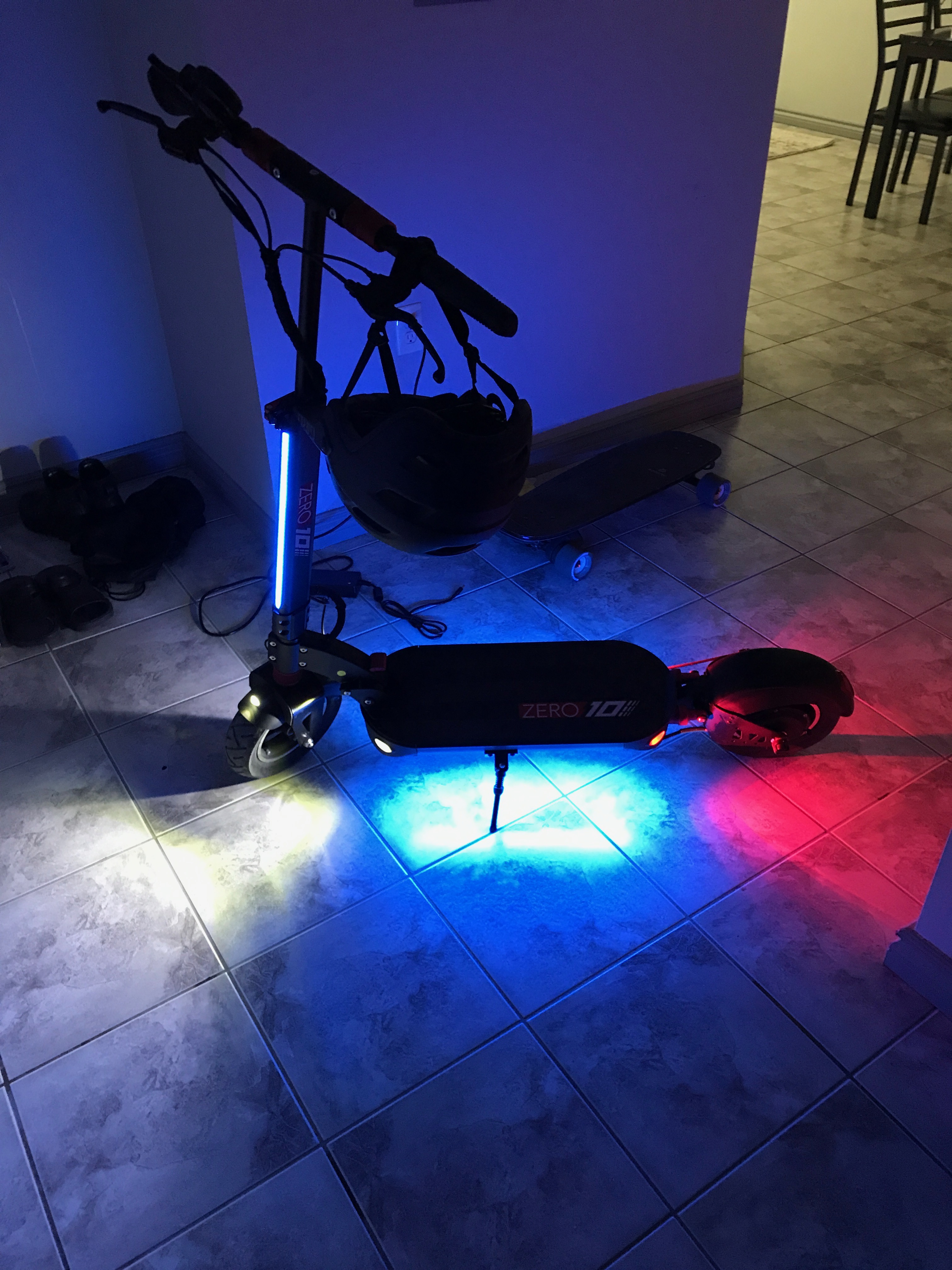 Is it worth it?

So far yes, I have ~150 KMs ridden on it and overall it has been amazing apart from that one time I fell off and ripped shoes and jeans and jacket. I have been using it for my daily commute every day for the last month and it is so much better than walking or driving

This thing goes as fast as 50 km/h which is nuts. The scary thing is you don’t realize how fast you are going due to how smooth the ride is. At 50km/h this thing rides smoother than a Lime Scooter at 10km/h. The suspensions are amazing for going on bumpy roads.

The battery life is also great. I charge it once every one and half weeks but my commute is short (~5km a day). I take it to work every day and store it next to my desk, then take it back home when I am done. 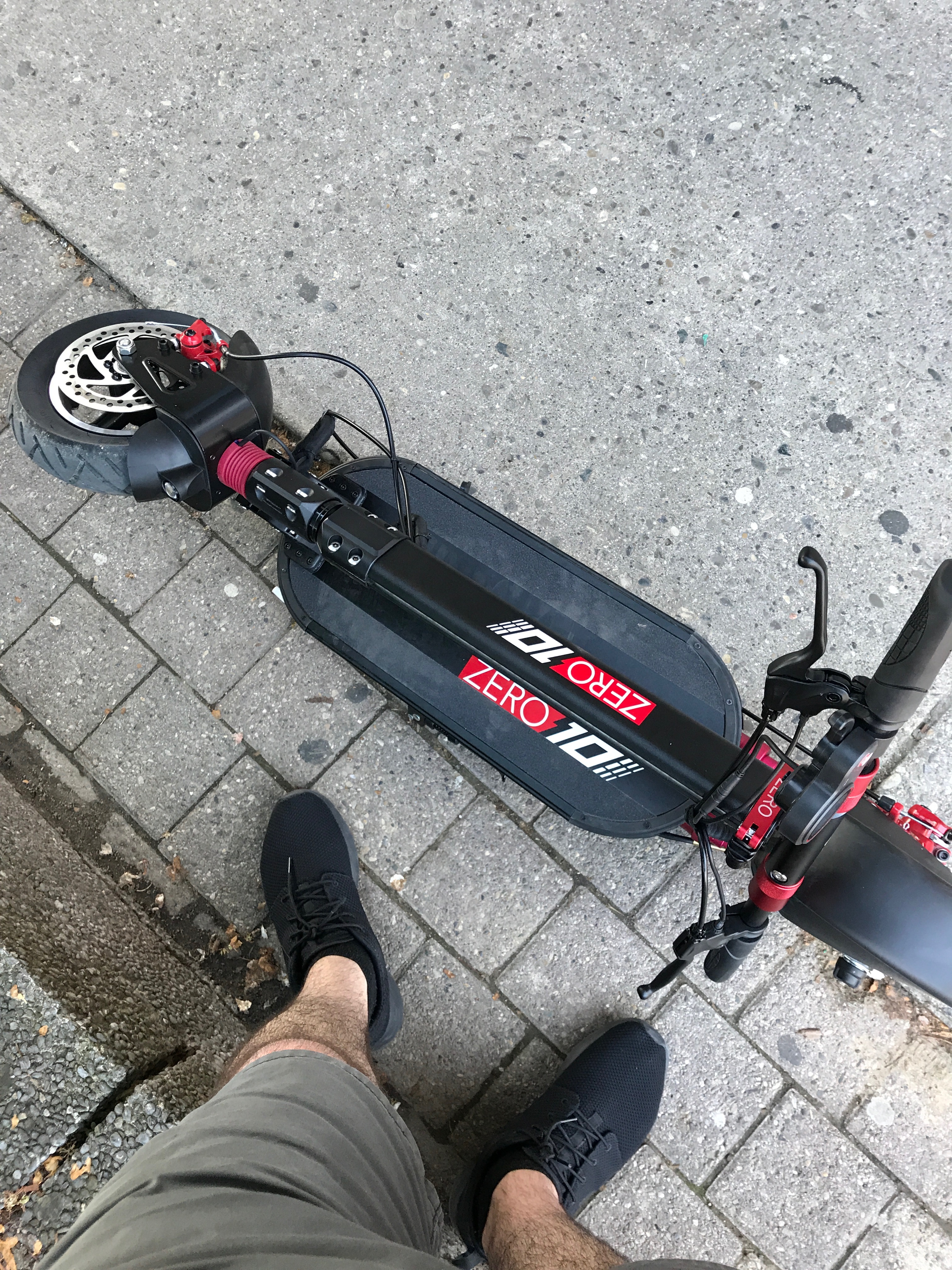 Is it legal in ontario?

The city I live in (Waterloo) has an on-going e-scooter pilot with Lime so I think it is more accepting. So far I have not been pulled over or ticketed. I have mostly used it on designated paths/trails for bikes and I think as long as you use common sense, you won’t be pulled over.

I have avoided riding the scooter on side walks with pedestrians and have not gone faster than 25 km/h (averaging at 20 km/h which is slower than most bikes) in the bike paths/trails. I think as long as you don’t do anything reckless, no one would mind you riding your scooter.

I have been seeing so many e-scooters lately around Waterloo aside from the Lime ones (e-scooter sharing app). I see 3-4 per day commuting from and to work.